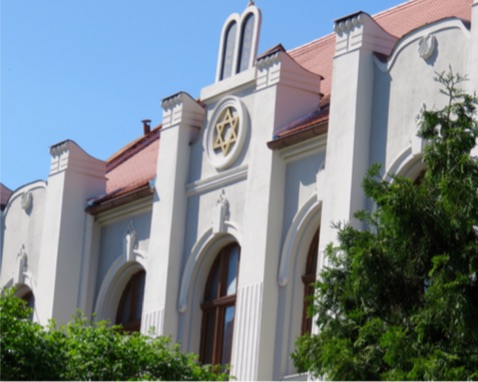 The synagogue at Kutna Hora

For more than 50 years, since 1965, the Bristol & West Progressive Jewish Congregation has cared for Czech Memorial Torah Scroll #356, from the town of Kutna Hora, in Bohemia, about 40 km east of Prague.

Jews were barred from living in this mining town from 1568 to 1848. The surviving synagogue, at ul. Smiskova 619, was built in 1902 in Art Nouveau style. During World War II the Nazis deported the town’s Jews to Terezin; few survived. In 2012, a memorial plaque to the victims of the Holocaust was unveiled at the site of the synagogue.

The Nazis collected gold and silver ornaments, ceremonial objects and Torah scrolls from around Europe. A group of Czechoslovakian Jews was forced to arrange and catalogue the items which had been assembled in Prague. After the war, the communist government of Czechoslovakia released the scrolls. 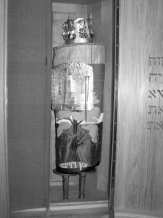 In 1964, the Memorial Scrolls Committee of Westminster Synagogue in London arranged for the shipment of 1,564 scrolls to the synagogue, where they were catalogued, repaired and restored when possible. Each Torah was given a numbered brass plaque to identify its origin. Those that could be repaired and could be used in religious service were sent to fulfil requests of synagogues all over the world in return for a contribution toward restoration expenses.

The Memorial Scrolls Trust, a U.K. non-profit organisation, has recently begun to reach out to synagogues and other institutions who received the Czech scrolls to gather updated information about them.

After fifty years, when most of the Scrolls have found new homes, the Trust is charged with the next phase of its work. It must ensure that those synagogues who have received scrolls are aware of what they have, that they investigate the scrolls’ original homes or what is left of them, and hand on to the next generation the precious legacy they have acquired.

You can find out more about which cookies we are using or switch them off in settings.

This website uses cookies so that we can provide you with the best user experience possible. Cookie information is stored in your browser and performs functions such as recognising you when you return to our website and helping our team to understand which sections of the website you find most interesting and useful.

Strictly Necessary Cookie should be enabled at all times so that we can save your preferences for cookie settings.

If you disable this cookie, we will not be able to save your preferences. This means that every time you visit this website you will need to enable or disable cookies again.